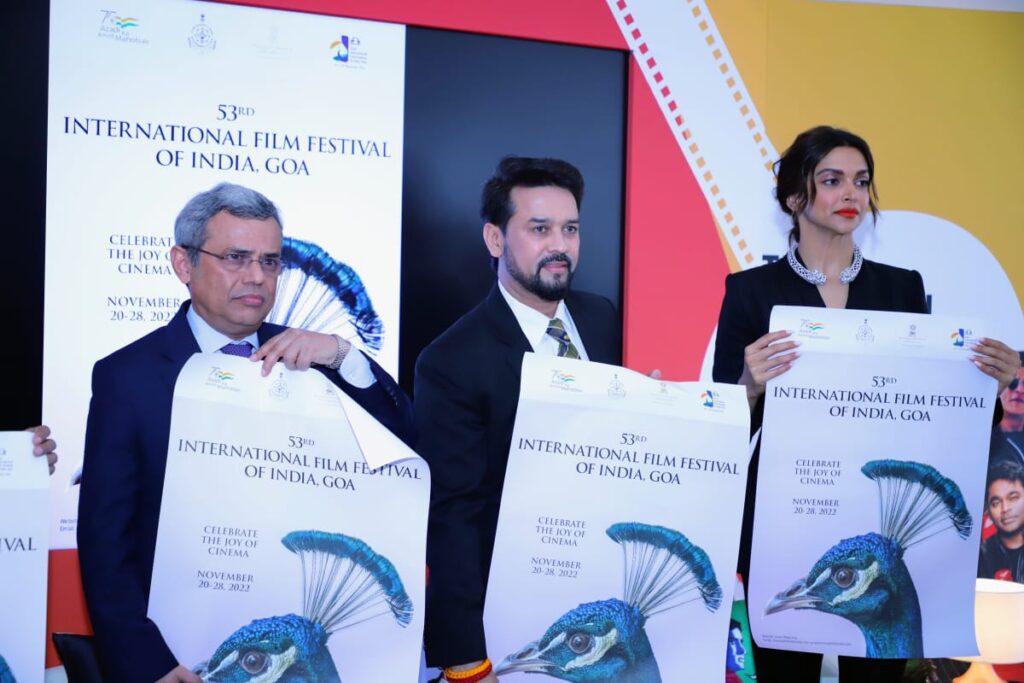 With an aim to make India a favorite destination for foreign film makers, Union Minister for Information and Broadcasting Anurag Thakur unveiled two schemes to incentivize shooting of foreign films and foreign co-productions with India.

Inaugurated the India Pavilion at Cannes Film Market ‘Marche du Film’, he said the two schemes viz Incentive Scheme for Audio-Visual Co-production and Incentive Scheme Shooting of foreign films in India are aimed at unleashing the potential of Indian media and entertainment industry.

Talking about the aspects of the incentives Thakur informed that for official co-productions, international film production companies can claim a reimbursement of up to 30% on Qualifying Expenditure in India subject to a maximum of INR 2 crore.

Foreign films shooting in India can claim an additional 5% bonus up to a maximum of INR 50 lakhs (USD 65,000) as additional reimbursement would be granted for employing 15% or more manpower in India.  The schemes will provide an impetus to, global collaborations with India and attract investment from foreign film makers and help promote India as a filming destination, the Minister said.

Expounding the deep social roots of Indian cinema Anurag Thakur said that Creativity, excellence, and innovation in Indian cinema has developed hand in hand with sensitive treatment of subjects of social and national importance.

Crediting India’s film restoration work for its scale, Thakur said the Government has embarked on world’s largest film restoration project under the National Film Heritage Mission and as part of this drive, 2200 movies across languages and genres will be restored to their former glory.