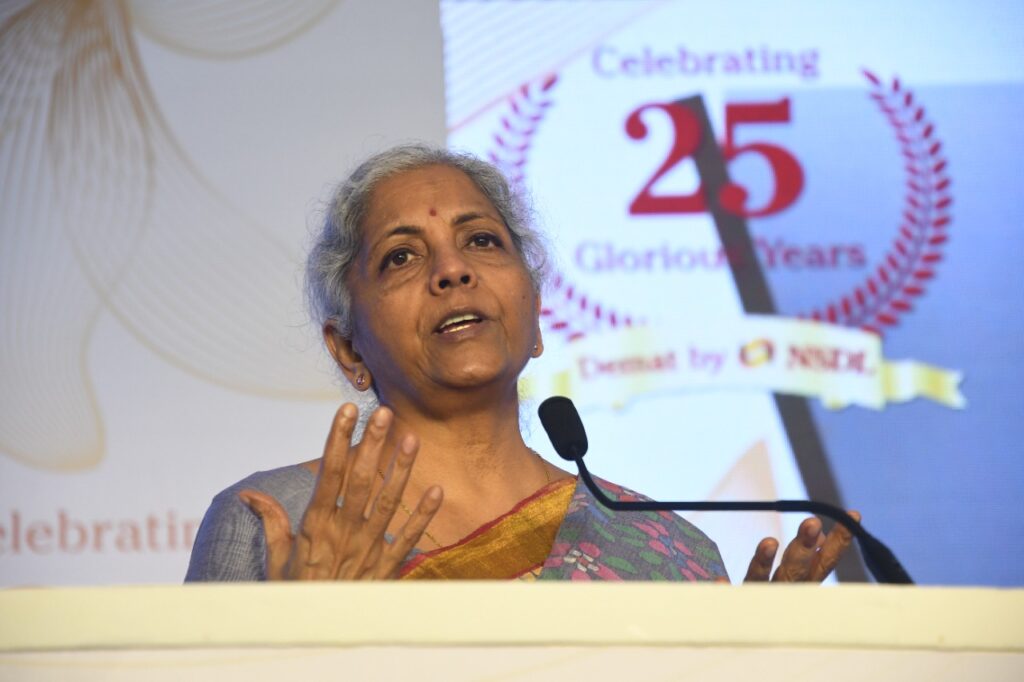 “Indian retail investors have played a key role especially during the last two years; they have shown the world what they can do by standing up and becoming shock absorbers unlike FPIs,” Union Finance Minister, Smt. Nirmala Sitharaman began her speech by appreciating the unbound trust shown by the country’s retail investors in the market.

She was addressing the Silver Jubilee Celebration of India’s largest depository, National Securities Depository Limited (NSDL), in Mumbai on Saturday.

NSDL celebrated the completion of 25 years of its service to the Indian capital markets. As part of the celebration theFinance Minister also launched ‘Market ka Eklavya,’ an online investor awareness program for students in Hindi and other regional languages.

“Through ‘Market ka Eklavya’, you will be able to reach out to many who are in need of financial literacy. It is the right time when people have an inclination to know about the market and also the right approach taken by NSDL by educating the students,” she said.

She also suggested that the NSDL make the initiative global by introducing the programme in world languages. “By this we can truly become the vishwaguru as envisioned by our Prime Minister. There are many youth across the world who will be benefited from this initiative if it is made avaialble in several languages,” she added.

‘Market ka Eklavya’ aims to introduce the basics of the securities market and also impart training on financial markets for students, in online mode.

Smt. Sitharaman spoke about the progress being made by FinTech companies in the country and how India has been playing a leading role in this sector. “Startups in fintech today are doing extraordinary work,” she lauded. She also mentioned how investors across the globe are paying attention to the success of our fintech companies.