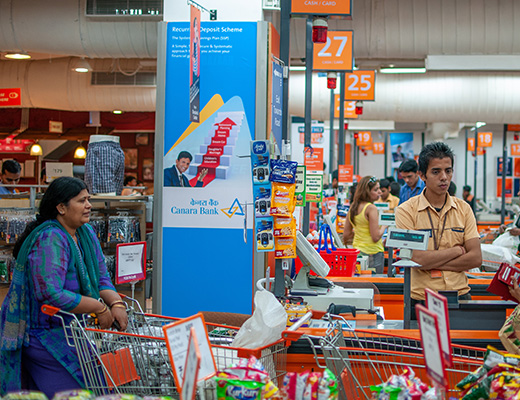 According to recent comments made by RBI Governor Shaktikanta Das, the Indian economy’s fundamentals are still sound. The current account deficit is anticipated to stay “far within sustainable levels” while India’s growth rate is among the fastest in the world, retail inflation has moderated, buffer food stockpiles are plentiful, and currency reserves are sizable.

One of the key engines of India’s economic growth historically has been domestic consumption, which is now rebounding strongly. Simply said, when the economy becomes more liquid and customers spend more, complementary industries and higher-end goods and services are stimulated. Businesses also have more capital to invest.

In conclusion, domestic demand will probably continue to be the main driver of India’s economic growth, with the discretionary spending of a growing group of “premium” consumers playing an increasingly important role.

India is considered one of the key emerging markets for future growth with its expanding purchasing power. Comprising a large middle class with a relatively affluent class as well as a small economically disadvantaged class – spending by this sector is anticipated to more than double by 2025.