India recognized as ‘country of the year’ by Europe’s Vivatech 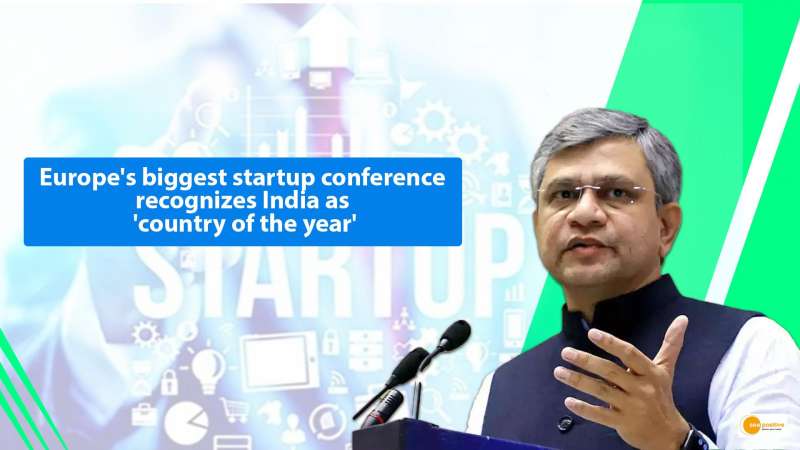 Vivatech 2020, Europe’s biggest start-up conference has recognized India as the “country of the year.”

It is a tremendous honour for India to be named “country of the year” in Vivatech 2020. This is due to the global contribution of Indian start-ups. This is how Indian start-ups are recognised, said,   Ashwini Vaishnaw, Minister of Railways, Communications, Electronics and Information Technology.

The combination of billions of smartphones, billions of bank accounts with billions-plus digital identities help in enabling the creation of novel use cases for technology development in India, said Vaishnaw while inaugurating the India pavilion at the Vivatech technology exhibition.

“A journey in which the solutions that emerge from the combination of a billion smartphones, bank accounts, and billions of digital identities are unique. Nowhere else on the planet can you find the scale that we have in India. Nowhere in the world will you find the level of energy that we have among the country’s young minds “Vaishnaw added.

Vaishnaw said, he said that the scale that India offers is not available in any other part of the world. “Today, if you look at many of the government programs, under Prime Minister Narendra Modi’s leadership, many of the government programs is today born digital. The UPI is a very classic example. The next example which is going to come which can be as big as UPI or maybe even bigger is going to be the health mission”.

The Indian start-up ecosystem is rapidly expanding and has over 100 unicorns, demonstrating the scale and recognition of Indian ecosystems. The objective of participating in Vivatech is to showcase Indian start-ups are solving global problems and innovating for the world, said   Chintan Vaishnav, Mission Director, Atal Innovation Mission. Around 65 start-ups from India are participating in Vivatech 2022 with government support.

Innovations can plug the growth capital gap of MSMEs