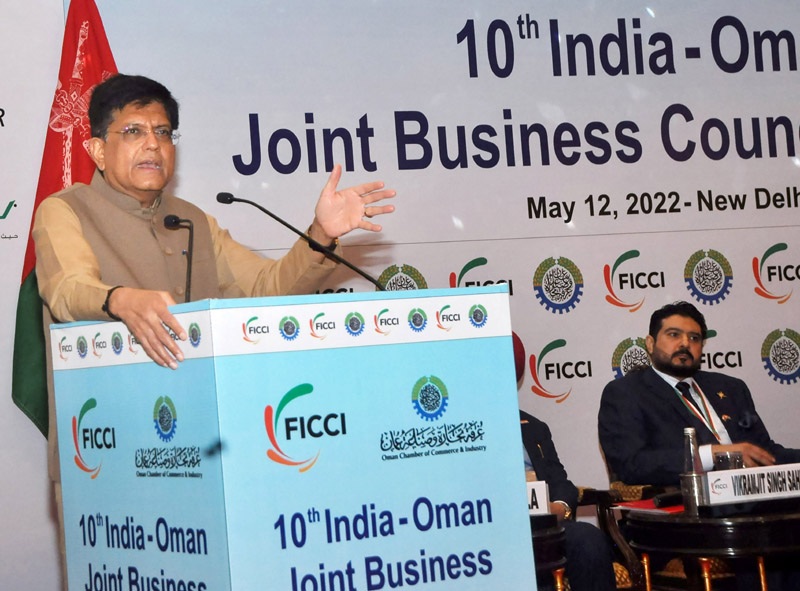 According to Minister of Commerce & Industry, Piyush Goyal, India may consider negotiating a preferential trade agreement (PTA) with Oman. If the planned trade agreement is approved, Oman will become the second Gulf Cooperation Council (GCC) country to have a trade agreement with India, following the UAE.

Gulf countries are attempting to diversify their economies away from traditional oil-based economies and towards modern financial sectors, and free trade agreements (FTAs) are part of that endeavour.

India is in talks with the GCC, which includes the United Arab Emirates, Oman, Bahrain, Kuwait, Qatar, and Saudi Arabia. Oman will also be included in India’s economic talks with the Gulf Cooperation Council countries.

Bilateral commerce between India and Oman has increased by 82.6% from US$ 5.4 billion in 2020-21 to US$ 9.94 billion in 2021-22. Indian companies have made investments in Oman in a variety of industries, including iron and steel, cement, fertilisers, textiles, cables, chemicals, and automobiles.

Oman has also agreed to fast-track approval for Indian pharmaceutical items that have previously been approved by the US Food and Medicines Administration (USFDA), the UK drug authority MHRA, and the European Medicines Agency, according to the trade ministry.

In Oman, there are around 6,000 Indian businesses and facilities with a combined investment of US$ 7.5 billion. According to the ministry, total FDI equity inflows from Oman to India from April 2000-December 2021 totaled US$ 558.68 million.