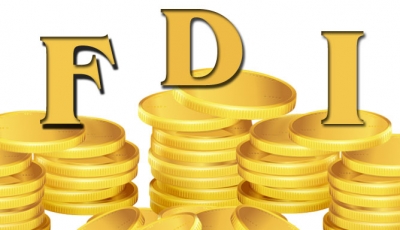 As the fifth-largest beneficiary of FDI in the April-June quarter, India maintained its position as an appealing destination among a group of developed and developing countries, according to the Monthly Economic Report of the Department of Economic Affairs, Ministry of Finance.

The report issued claims India received the fifth-highest amount of foreign direct investment (FDI) during the first quarter of 2022 among the defined group of developed and developing economies, thanks to a promising economic forecast, consistent progress in the ease of doing business, and helpful government policies.

With FDI inflows of US$ 16.1 billion, the pace continued into the second quarter of 2022 as well. Despite the continued global slump, India’s exports expanded at the second-highest rate in this quarter, indicating strong demand for Indian products.

In comparison to other economies, India had the third-largest foreign exchange reserves, which were sufficient to pay for imports for nine months.

According to the report, India surpassed the UK to take the fifth-largest economy spot in the world in the first quarter of FY23 thanks to robust economic growth following recovery from numerous waves of COVID-19 and the unfavourable effects of the Russia–Ukraine conflict.