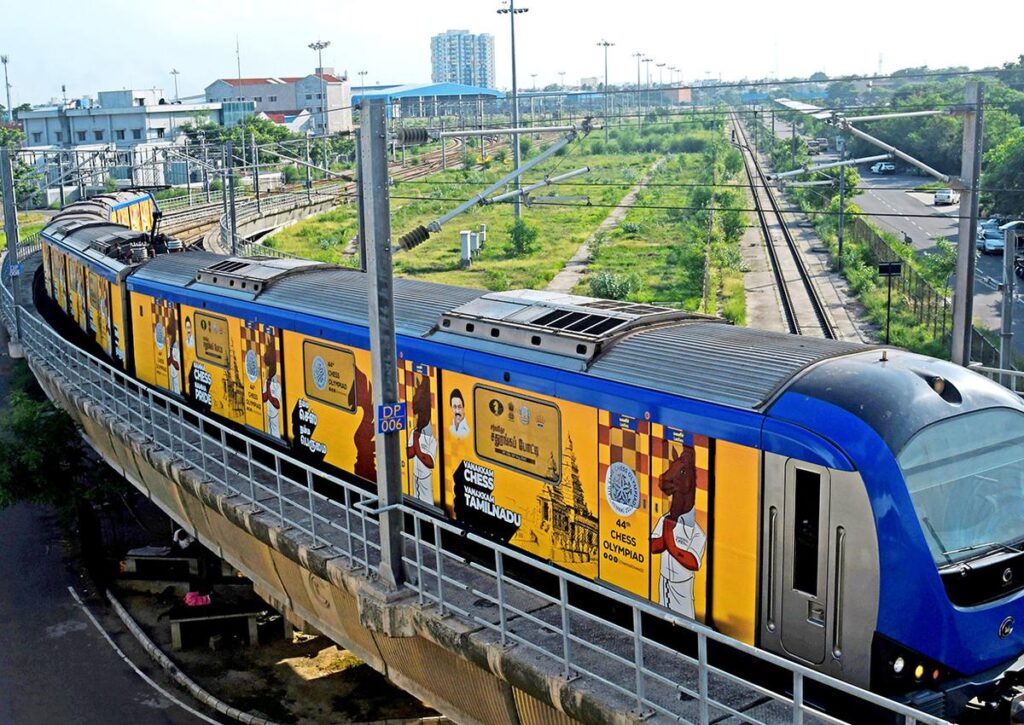 The Asian Development Bank (ADB) and the Government of India today signed a $350 million loan to build new lines and improve the connectivity of the metro rail system in Chennai with the city’s existing public transport system.

The signatories to the tranche 1 loan for the Chennai Metro Rail Investment Project were Shri Rajat Kumar Mishra, Additional Secretary, Department of Economic Affairs in the Ministry of Finance who signed for the Government of India, and Mr Nilaya Mitash, Officer-in-Charge of ADB’s India Resident Mission, who signed for ADB. The tranche 1 loan is part of the $780 million multi-tranche financing facility (MFF) for the project approved by ADB on 8 December 2022 to develop three new metro lines in Chennai.

After signing the loan agreement Mr. Mishra stated that the project will help expand connectivity of Chennai’s central areas to major destinations in south and west of the city and integrate the metro system with existing bus and feeder services to benefit thousands of daily commuters.

The investment project supports the development of three new metro lines—3, 4, and 5. For Line 3, the project will construct 10.1 kilometers (km) of the elevated section between Sholinganallur to State Industries Promotion Corporation of Tamil Nadu-2, including 9 metro stations and system components. For line 4, the project will help construct 10 km of the underground section between Lighthouse and Meenakshi College including 9 stations.

For Line 5 it will finance 31 km of system components, such as electrical, mechanical, power, and telecommunication infrastructure, between Chennai Mofussil Bus Terminus to Okkiyam Thoraipakkam. The stations will incorporate disaster- and climate-resilient features and will be responsive to the needs of the elderly, women, children, differently abled, and transgender people.

Multimodal interchanges and facilities will be established along metro rail corridors to improve commuters’ experience such as drop-off and pick-up areas, sheltered waiting areas, bicycle facilities, and passenger information. An additional $1 million ADB technical assistance (TA) grant will help the Chennai Metro Rail Limited with the planning and management of the metro system’s multimodal integration.